The effect of electron beam sterilization on Eastman Tritan™

Sterilizing medical devices helps reduce the bioburden to a safe level with minimal effects on the physical and optical properties of its polymers. Some of the most widely used sterilization methods in the medical industry today include gamma radiation, ethylene oxide (EtO), autoclave, and low-temperature hydrogen peroxide gas plasma. Another method gaining in popularity is electron beam (e-beam) radiation. It’s a safe, reliable source of energy thanks to recent advancements in operating efficiency.

Compared to gamma radiation, e-beam radiation typically costs less due to higher dose rates that reduce the time of exposure at the same target dose. The shorter exposure time also minimizes the oxidation reactions that can occur at the polymer surface, resulting in less effect on resin properties than with gamma radiation.

To determine the effects of e-beam radiation on Tritan and other transparent medical polymers, Eastman conducted a series of studies that measured color shifting and physical property retention. Specific products tested are shown here: 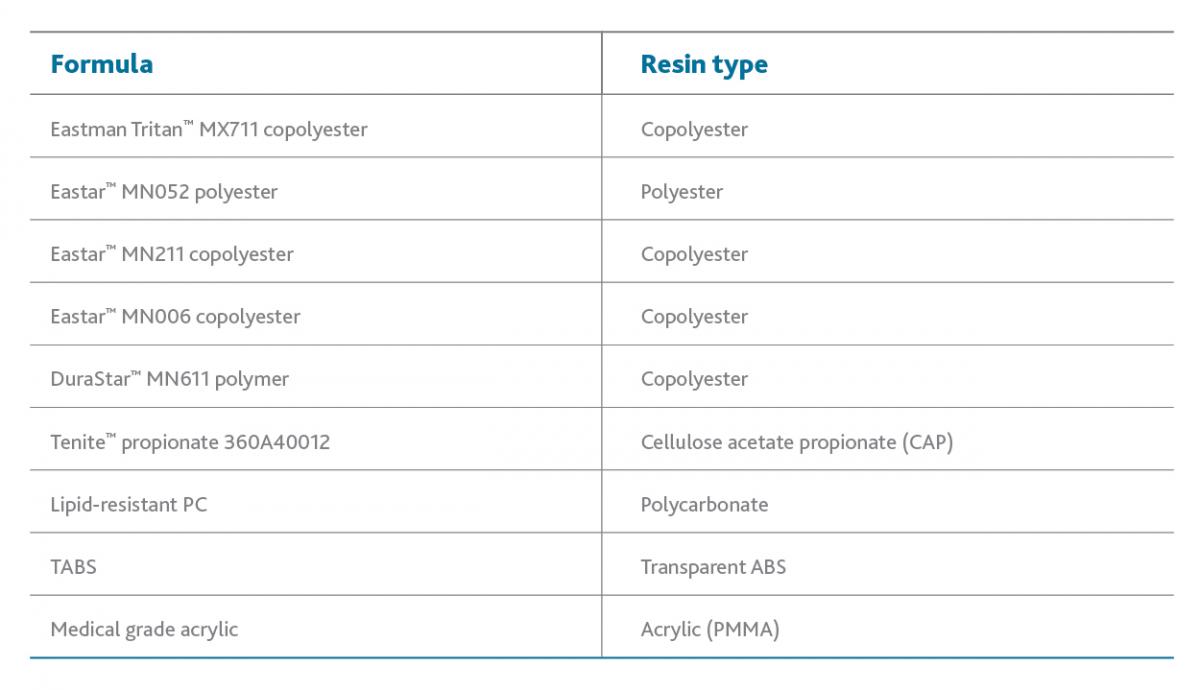 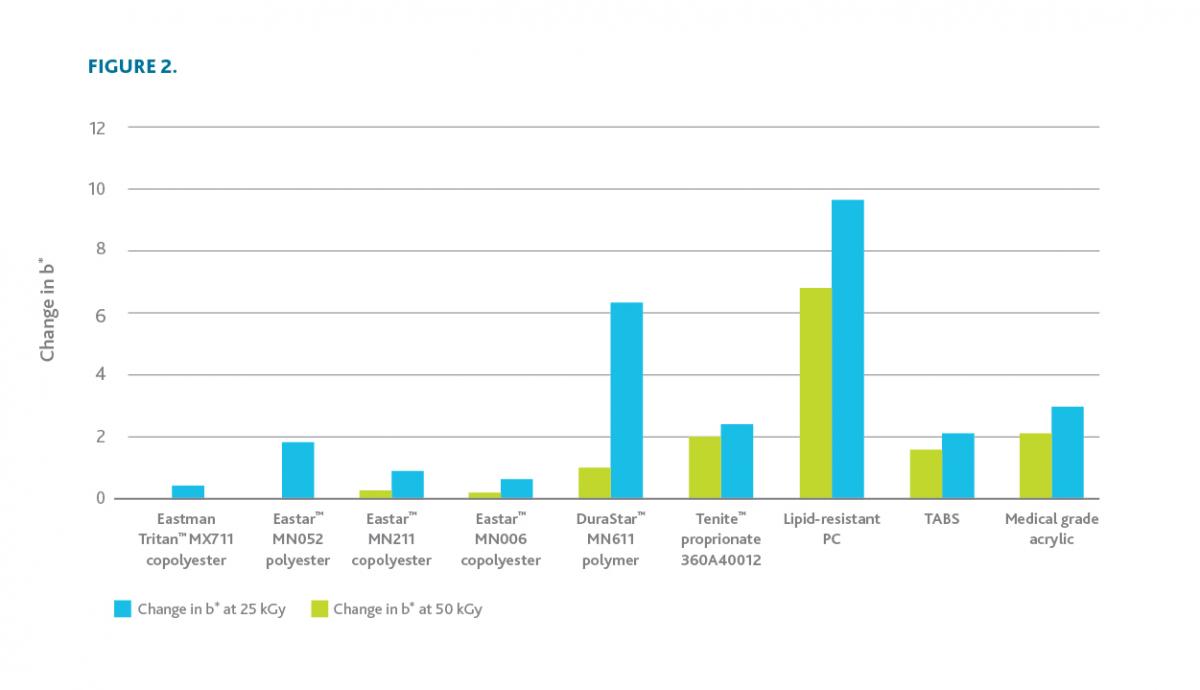 Physical properties were measured before and after e-beam sterilization at 25 and 50 kGy. No physical property degradation was noted for Tritan MX711 or the other resins tested. The polyesters and copolyesters in the study showed no statistical change in molecular weight, although Tenite propionate 360 did show a loss of molecular weight, as expected from an aliphatic polymer.


Read the complete details of these studies here.

Using overmolded soft-touch materials can provide many functional and decorative benefits to items made from rigid thermoplastics. Eastman Tritan™ copolyester demonstrates exceptional adhesion with commercial grades of TPE. When selecting the TPE you want to use, make sure it is formulated for use with a copolyester substrate.
Consider these factors for part design:                  Work with your TPE supplier or Eastman to ensure your part is designed for successful results. Remember to think about the specific end-use environment of the overmolded part when selecting the appropriate TPE grade to confirm that it is compatible with your specific fitness-for-use criteria.

We know that material choice is a crucial component of any medical device or device housing. When you’re deciding what medical grade polymer you need for your next project, consider these criteria: Selecting the right medical grade polymers helps ensure your device complies with quality and biocompatibility standards—and that you have reliable support for regulatory approvals. Different polymers offer different combinations of strengths that help ensure performance in specific medical applications.

When matching a medical grade of Eastman Tritan™ copolyester to your needs, keep in mind that each medical application has different performance priorities. For example, while opaque medical housings demand a greater level of durability, chemical resistance, color stability, and heat resistance, clear applications—such as fluid management and IV components—also place a high value on clarity.

Eastman provides a range of medical grades of Tritan. Here are some outstanding properties of our clear and opaque formulations of the polymer:

What makes for effective molding of Eastman Tritan™ copolyester? Reviewing all aspects of design—from concept to secondary operations—early on in the process is crucial to end-stage success.

Tooling design review is one important step in the process that will help determine what type of gating system is right for your device. Here are four quick tooling design tips for injection molding with Tritan:
Parts should be adequately supported during ejection to avoid part deformation/breakage.

By collaborating with our team from the get-go, you’ll be sure to see greater return on investment for your project in the end. Contact us for processing tips and more!

The need to mitigate infection risks and enhance patients’ safety and comfort has significantly increased the demand for higher-performing plastics with improved chemical resistance. Many polymers commonly used in drug delivery devices simply do not hold up to modern oncology chemotherapies. After exposure to chemicals in the medical environment, devices made with these polymers can experience environmental stress cracking or premature failure in the presence of applied or residual stress.

For these reasons, when you are choosing materials for your medical device, evaluating polymers for chemical resistance is key. Eastman Tritan™ copolyesters have excellent overall chemical resistance and other advantages that make them superior alternatives to polycarbonate (PC) or acrylonitrile-butadiene-styrene (ABS) for oncology drug delivery devices.